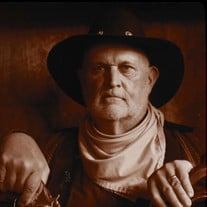 Donald Lee Marsh, 61 of Kingsville, Missouri passed away on Monday, January 31, 2022, at the Lee’s Summit Medical Center in Lee’s Summit, Missouri. Don was born on Thursday, May 12, 1960, and was the son of the late Roger Marsh and the late Lorene (Lewis) Marsh. He had lived in Kingsville since he was 8 years old. He graduated from Kingsville High and played sports while he attended. He graduated from the University of Central Missouri with a degree in Computer Science and worked at DST for almost 30 years. First and probably most importantly is that Don lived his life for God. He had tremendous faith and was always ready with words from scripture to help encourage, guide, and mentor others. His faith was a huge part of who he was and he never wavered. He gave a lot of his time to the church. He looked forward to reunions and summer camp every year. He was a big part in organizing and facilitating them. He started every morning with reading his Bible and praying for each individual member of his family. His family was a very close second to him. He loved every member of his family and looked forward to the opportunities to be with them. He loved spending time doing archery and cycling with his wife. He enjoyed hunting and golfing with his boys and grandkids. Don enjoyed disc golfing with his sons as well. He would teach the grandkids silly songs and loved getting everyone together to play games. Laughing and enjoying each other's company was an important part of his family time. He enjoyed coaching summer baseball, helping his dad with carpentry projects, and spending time working with his brother Larry. He cherished the times he was able to help Jesse with plumbing projects. His daughters were precious to him as well and they spent many days talking and laughing together. He loved ice cold milk and anything chocolate. He kept a stash that all the grandkids looked forward to sharing with him. He will be missed dearly by family, friends, and his church family. Surviving are his wife, Julie Marsh of the home; four sons, Jim (Olivia) Schuman of Liberty, MO, Paul (Riane) Marsh of Atherton, MO, Jesse (Jamie) Schuman of Pleasant Hill, MO, Michael (Joanna) Marsh of Roeland Park, KS; two daughters, Justina (Nathan) Fieth of Odessa, MO, and Calla Marsh of Lee’s Summit; one brother, Larry (Beverly) Marsh of Holden, MO; eight grandchildren, Harley Schuman, Payton Schuman, Noah Schuman, Caleb Schuman, Micah Schuman, Liam Schuman, Adaline Fieth, Oliver Fieth; and one baby grandson due in March. He was preceded in death by his parents and one brother, Bill Marsh. The family will receive friends from 10:00AM to 12:00PM on Saturday, February 5, 2022, at the Kingsville Restoration Church in Kingsville, Missouri located at 210 South West 1601st Road. A funeral service will follow at the church at 12:00PM with Elder Larry Marsh officiating. Cremation will follow after the services. Honorary casket bearers include grandsons, Harley, Noah, Caleb, Micah, Liam and Oliver. Memorial contributions may be made out to the Kingsville Restoration Church or the Odessa Hills Campground - for new playground equipment.

The family of Don Marsh created this Life Tributes page to make it easy to share your memories.

Donald Lee Marsh, 61 of Kingsville, Missouri passed away on Monday,...

Send flowers to the Marsh family.