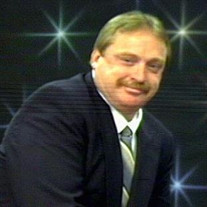 Ronald Keith Brooks, 63, of Warrensburg, formerly of Columbia passed away Friday, Dec. 20 at the Warrensburg Manor Care Center. Ron was born June 2, 1956 to Glenn O. and Wanda Lee Brooks of Holden. Ron was a 1974 graduate of Holden High School, 1975 and 1978 graduate of the Marine Corps ROTC Bootcamp in Parris Island, SC, and 1978 graduate of the University of Missouri School of Engineering. In 1992 he married Susan Skinner of Ashland, MO. Ron was a Mechanical Engineer for 3M in Columbia for 25 years before retiring from 3M in Simi Valley, CA in 2014. He was a member of the Columbia Outlaw Rugby team and Columbia Christian Chapel. He is survived by his mother, Wanda Brooks of Holden; two brothers, Leslie (Denise) Brooks of Holden and Norman Brooks of Custer, South Dakota; two sisters, Glenda (Ted) Beaty of Ashland and Marsha Roberts, Kansas City along with his former wife, Susan Skinner of Ashland and many nieces and nephews as well as great nieces and nephews. He was preceded in death by his father, Glenn Brooks in 1981. Pallbearers are Jonathan Brooks, Jesse Brooks, Shane Brooks, Heath Brooks, Ted Beaty and Bruce Simms. Honorary pallbearers are Heather Brooks Caughern, Maddi Caughern, Elizabeth Bahr, Norman Brooks and Leslie Brooks. Funeral services will be held at the Campbell-Cast Funeral Home in Holden on Friday, Dec 27 at 11:00 with graveside services at Elm Springs Baptist Church Cemetery. In lieu of flowers the family request any memorial donations to Warrensburg Manor Care Center (400 Care Center Drive, Warrensburg, MO 64093) or charity of your choice.

The family of Ronald Keith Brooks created this Life Tributes page to make it easy to share your memories.

Send flowers to the Brooks family.